SMTS is a non-governmental, non-profit general public passenger transportation service. The organization is governed by a board of directors and administered by a full time executive director. SMTS transportation services are available throughout South Central and Southeast Missouri. In 1980, SMTS for the first time, offered services to the general public. Today SMTS provides a wide variety of “door-to-door” passenger transportation services to all age groups. SMTS is funded by a variety of sources. The Missouri Department of Transportation provides money for operation and administration in the form of direct grants. Other sources of revenue include contracts for service with Southeast Missouri Area Agency on Aging, Central Missouri Area Agency on Aging, and Southwest Missouri Office on Aging these contracts provide each rider with the opportunity to make a donation toward their ride. All rider donations are confidential. SMTS sponsors an annual campaign to raise money for new “replacement” vehicles. In past years, individuals, businesses, civic groups, and corporations have supported this effort. These donations are tax deductible.

History of the Business

During the late 1960 and early 1970’s several local volunteer groups recognized the need for improved transportation service in their area. The organizations include CART (Central Area Regional Transportation) in Rolla, Malden Area Transit (MATS), focused on Dunklin and surrounding counties, PRIDE (People Retired Independently Doing Everything), TOTE (Transportation of the Elderly) and other local volunteer groups. Each of these groups approached Mo. Department of Community Development and it was determined a regional transportation system would be the best approach to solutions of resident transportation problems. The service was organized in 1973 by a group of concerned citizens representing a large geographic area. These individuals volunteered to organize the non-profit corporation. Although these people came from varying backgrounds and ages they came together with a common purpose, to create a new transportation service. They started a service with 3 vans to serve the needs of elderly and handicapped residents in Southeast Missouri which has grown to a fleet of 200 vehicles in a 21 county area.

In the beginning SMTS was located in a room off a local Café and later moved upstairs over the Café, where it remained until February 1985 (12 years). SMTS moved to yet another old Café building located on South Mine LaMotte in September of 1985 renting all the time until they were able to buy the building in 1991. In late 1997 SMTS was able to successfully negotiate the trade of the building on South Mine LaMotte and purchase a building located at 704 East Hwy 72. After a few years SMTS had grown and needed more room to accommodate additional vehicles and staff. Once again the search was on for funding and property. With the aid of a Federal Earmark SMTS was able to purchase a building which was a combination office and garage owned by an electric cooperative when the Coop built a new and larger facility at a different location. Also fortunately for SMTS, the building was located at 700 East Hwy 72, next door to where we were located. In July 2004 the move was made to our current location. 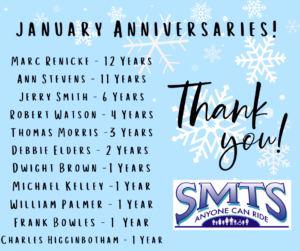 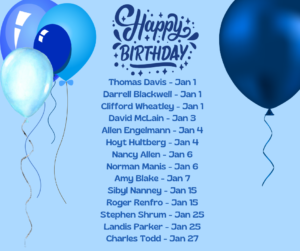